Ideas for Stunning Silhouette Photography Prints The art of photography has been around for centuries, but it wasn't until the invention of the camera that it became mainstream. Nowadays, with digital cameras and smartphones being so prevalent in our everyday life, anyone can take a photo anywhere

The art of photography has been around for centuries, but it wasn't until the invention of the camera that it became mainstream. Nowadays, with digital cameras and smartphones being so prevalent in our everyday life, anyone can take a photo anywhere at any time. 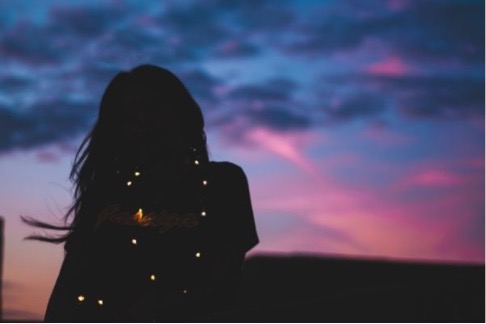 One type of photography that's experiencing an upsurge in popularity is silhouette photography. This style captures images by shaping light to create shadows that contrast against a dark background. It's easy to produce stunning shots without having to spend money on a professional photographer.

This is one of the most impressive ways to take a silhouette photo. As long as there is a large building in an urban setting, it will create a dramatic shadow against any sky backdrop. London, especially the city centre, is lush with enormous constructions. But even high-rise flats may offer stunning views when captured just in silhouette.

The greatest photographs of tall buildings or bridges are typically taken from the ground level, with the camera held at a 45° angle. The dark backdrop behind the shot produces a regal appearance, adding drama to what would otherwise be a photo of a block of flats or a huge office complex.

Another option for creating stunning silhouettes at night is taking pictures of people with city lights behind them or from within lit buildings. The contrast between the dark background and brightly lit subjects makes for some truly remarkable images that can be printed out on canvas through the online services that EasyFrame provide.

Using this method during daytime hours requires even less effort than photographing after sundown because natural lighting provides enough definition by itself.

Creating silhouettes at the beach

A lot of people flock to the beach for a bit of relaxation and fun, but it's also an excellent place to take silhouette photos. When watching or photographing sunsets at any stretch along the coastline, there will be dozens upon dozens of shells that can produce amazing shadows against bright colours in the sky.

As long as there is sand or pebbles underfoot and water surrounding you with its waves crashing onto shorelines, silhouettes can be created without even trying too hard. There are a variety of photographs you may take during that time.

Baby bump photos, parents holding their new-born up in the air for a shot against the gentle sky at night, someone running down the beach flying a kite, or bring your dog and a frisbee to snap a silhouette photo of him in mid-air as he catches the frisbee are just some examples. Simply wait until twilight has begun and then shoot away. The possibilities are endless!

Creating silhouettes with flowers and other plants

Flowers are beautiful, but they can also provide an excellent backdrop for lovely silhouettes. Planting some flowers along the border of your home or in pots on your patio provides a picturesque scene that's perfect for photography at night, just after dusk has fallen across the sky.

The most stunning shots will be taken with dusky light illuminating them from behind as all their petals make crisp shadows against any dark background like trees or buildings nearby. They're especially pretty when placed next to water features such as ponds and fountains because it makes contrasts even more pronounced between illuminated areas and shadowed ones; creating gorgeous imagery shaped by natural elements straight out of nature itself.

If you are lucky enough to live near mountains and hills, then you can also create some truly awe-inspiring images. The best time to take these kinds of photos is when the sun rises or sets near such natural wonders because there will be a lot of contrast between light and dark areas in the scene.

This technique works wonders for people who like capturing landscapes around their home rather than just having pictures taken inside it with family members and pets. Silhouettes that include mountains look especially impressive printed onto canvas through online services that EasyFrame provide.

Creating silhouettes against the sky at night time doesn't always require expensive equipment and spending hours taking lots of shots until one turns out perfect; all types are straightforward to shoot even if they aren't exactly easy on your eyes.

Silhouettes of animals and wildlife

Last but not least, there are plenty of animals in the wild that make stunning subjects against a dark backdrop. It's important to be prepared for all eventualities by bringing along your camera when you go on an adventure through forests or walking trails at night because nature is full of surprises, and it never hurts to have a way to capture them.

Muntjac frolicking around under bright moonlight can be the perfect subject for some stunning shots. Or maybe you'll see owls swooping down from trees into riverbanks where they fish during late evening hours. Try taking pictures of birds flying across the sky as well, since their flight paths can produce truly remarkable images if captured just right.

There is never any shortage of animals around at night and the best part is that they're totally oblivious to all the action going on around them; making it easy for photographers like yourself to capture some truly memorable shots.

At Easyframe we are in the business of framing the mood you capture and presenting them in a way that can be enjoyed.