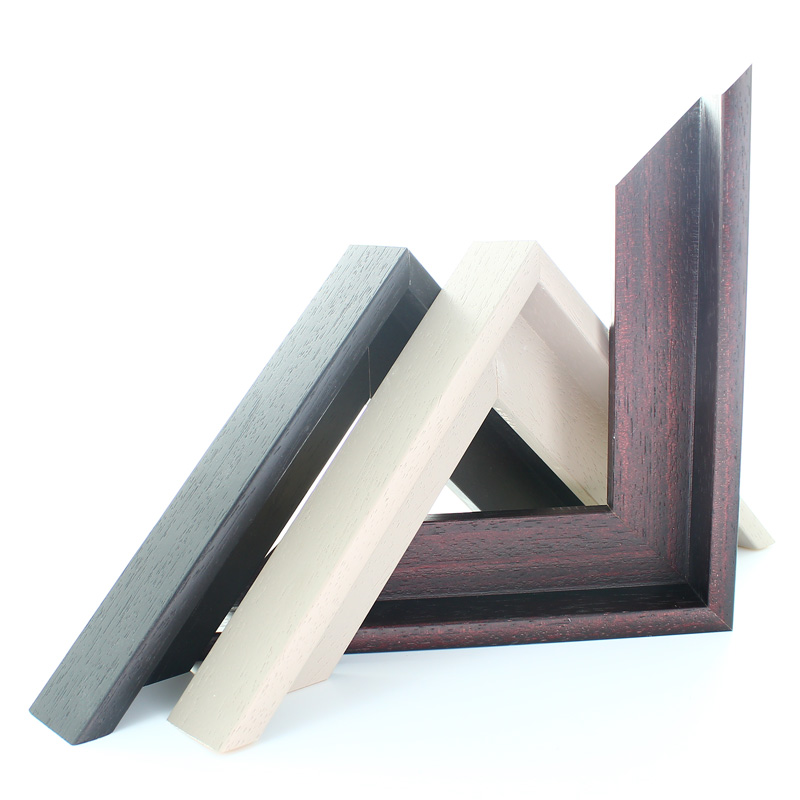 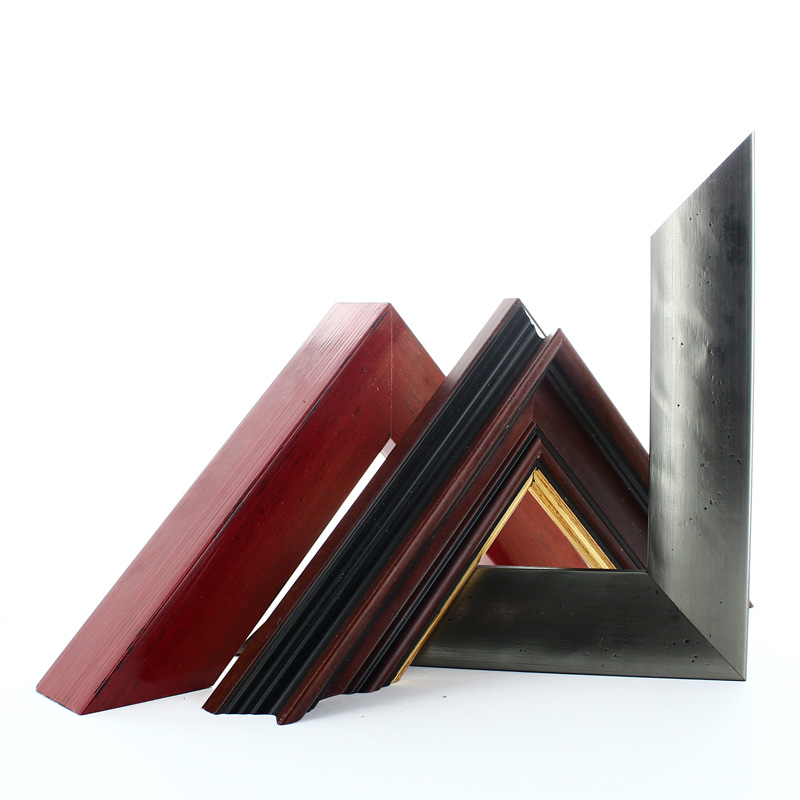 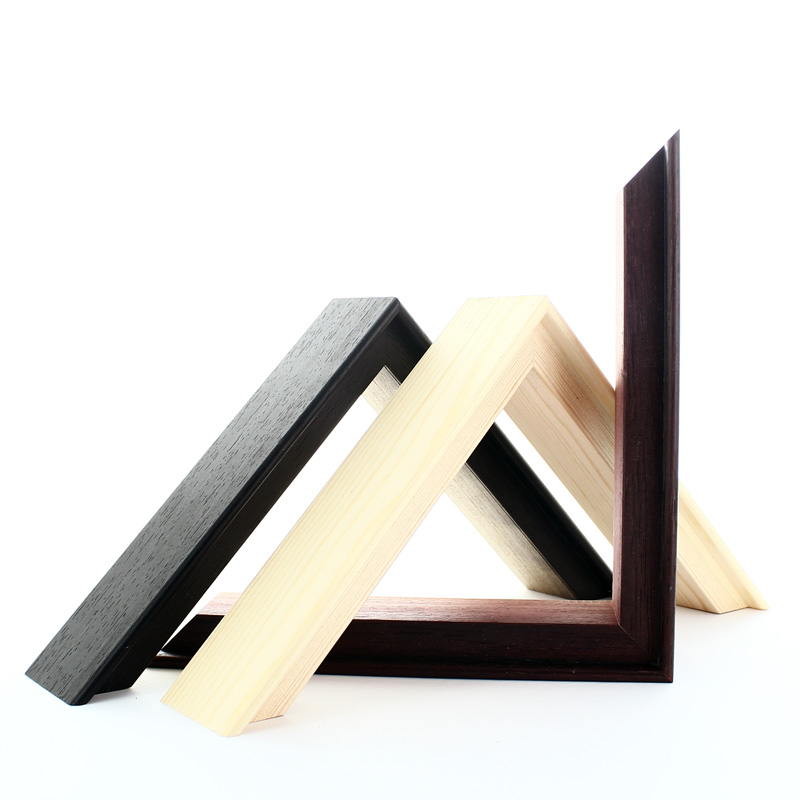 For Framing Paintings on Board 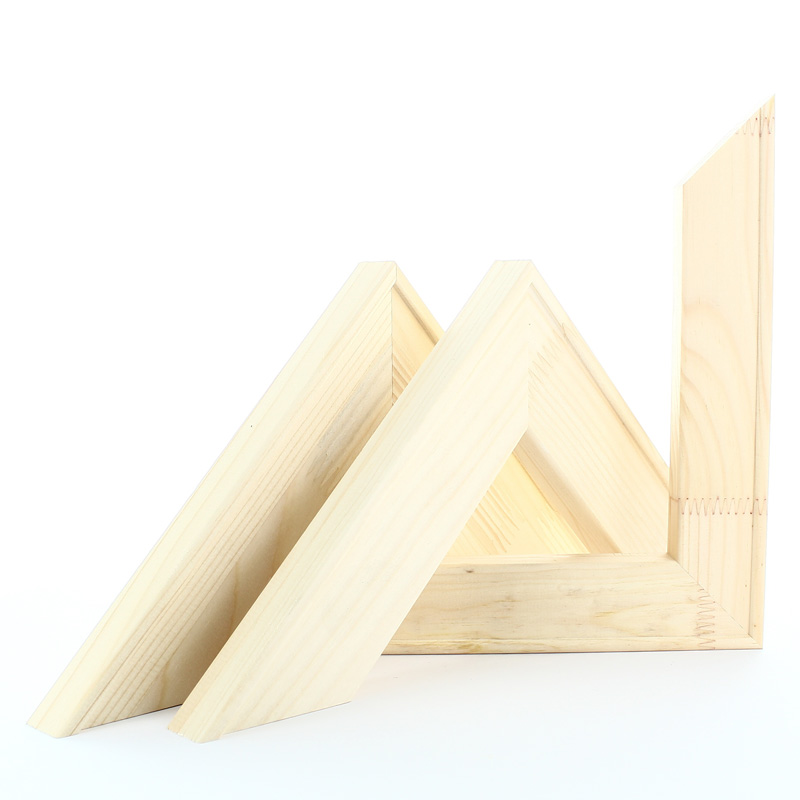 For Stretching Canvasses Around

Custom Made and Dispatched within 1 - 3 Full Working Days.

So let's say you do decide to frame your stretched canvas picture or canvas painting on board. What are your options? There are two main choices for stretched canvas pictures here: a traditional frame, or a floater frame. As the name suggests, traditional frames are more classic in appearance, while floater frames are a little more modern. As with most things in the art world, there's no right or wrong decision, but a general rule of thumb is to make sure that the frame matches the style of artwork. Can you imagine framing a Banksy in a classic, ornate frame? It may look a bit odd; So how do you know what type of canvas frame is right for your image? Let's take a look. If you are framing a canvas board, you could use an inset picture frame. Remember, you can't use a floater frame for a canvas board without modification and you cannot fit a stretched canvas into an inset frame, so it is important you select the right frame type for the artwork you are framing.

So which type of canvas frame is right for your stretched canvas? We wish we could help! While we can give you a breakdown of the differences ' and the similarities ' between floater frames and traditional frames, only you can decide what's best for your artwork. We know it's not an easy decision, but do remember that when it comes to art, everything is subjective. There really is no right or wrong answer, so opt for a frame that feels like it best reflects your image, and complements the style of the picture. To learn more about the different types of picture frame available, take a look at our wide range of made-to-order floater frames and traditional frames, with various widths and internal depths to suit any size of stretched canvas. You can also get in touch with us via our contact page for more assistance.

How Stretched Canvas Pictures Can Be Framed

To frame or not to frame; that is the question. The thing with stretched canvas pictures is that in many cases they're ready to hang, with no urgent need to add a frame. In fact, many people do hang stretched canvases 'as is', creating a contemporary and minimalist look. But this isn't everyone's cup of tea. Some people think of an unframed image as being incomplete, and others simply prefer the look of a frame. Some canvases may also look better with a frame, especially if they haven't been gallery wrapped and have visible staples at the sides. It's really up to you whether you decide to frame your canvas or not. 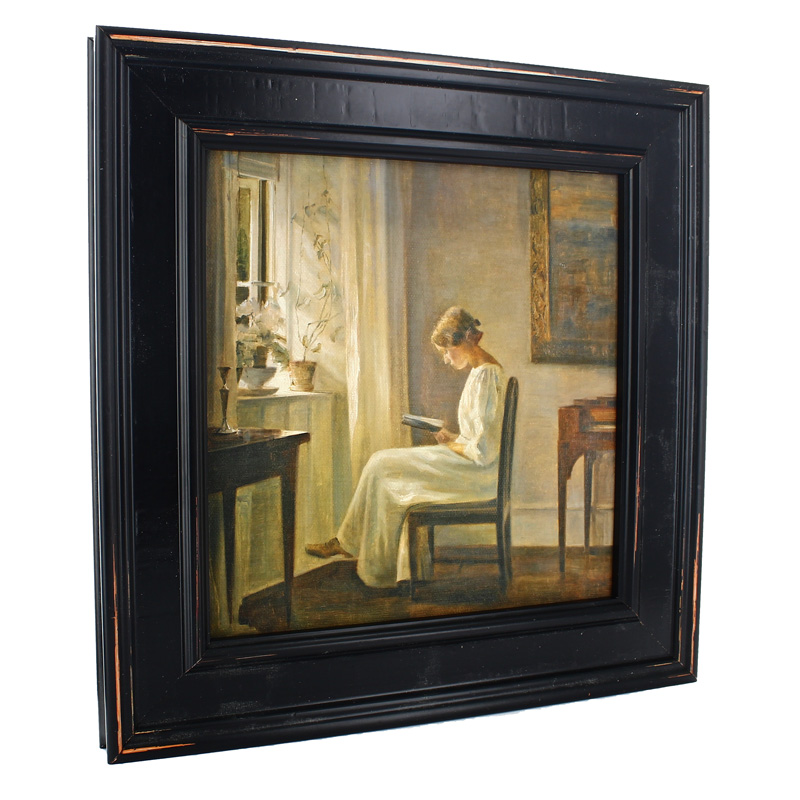 A traditional picture frame for canvas is just like the regular picture frames we all know and love ' with just a few small differences. As stretched canvas pictures are usually a lot thicker than normal photo prints, a traditional canvas frame won't have a glass or perspex front, or a board that clips onto the back. The canvas is loaded into the rear of the frame, just like a normal photograph or poster would be.

The result is pretty much what you'd expect; the image is displayed, with the front of the frame overlapping the canvas slightly around the edges. This overlapping 'lip' is known as the frame rebate, and is typically around 5mm. However, even the slimmest of rebates will still provide some overlap to the image, so keep this in mind if there are important details around the top, bottom, or sides of your canvas.

As traditional frames overlap the image, they usually have a more pronounced and obvious appearance than the more sleek and streamlined floater canvas frames. Traditional frames can sometimes be quite bold and eye catching, so here at easyFrame we think they're best suited to images that are very strong, vibrant and dominant; artwork that isn't going to be overshadowed by an attractive picture frame.

Stretched canvasses can be various depths, from around 15mm upto around 40mm. Our website details the internal depth of every canvas picture frame available to order. Whilst it is very common for some of the canvas depth to extend out of the back of the frame(and perfectly acceptable in most cases), it is important to consider how much of your canvas depth will be contained inside the frame.

A floater frame is a little bit like an open box with no lid; it's a modern alternative to a traditional picture frame where the artwork is loaded at the front, into the open space. The big advantage of floater frames is that there's nowhere that the artwork can be obscured or hidden, so the entire image is on show. This is great if there are important or appealing aspects at the very edges of a picture, like the artist's signature.

Floater frames for stretched canvas pictures are usually really easy to load; the canvas can be attached to the frame using the supplied self-adhesive velcro tabs, which secure the canvas into the 'box'. The result is actually pretty unique; it looks as if the canvas is floating as there are no obvious attachments. While it may be nothing more than an optical illusion, don't underestimate the eye catching effect that a floater frame can have.

The only aspect that you really need to be aware of when buying a floater frame for canvas is the size. Size matters! Now is the time to think big, and choose a floater frame that's a little bigger than your artwork. Here at easyFrame, we think a frame that's about 10mm bigger than the canvas is perfect; close enough to look 'right', but large enough to leave a slight gap, to really intensify that floating effect.

The depth of your stretched canvas will determine which of the available floater frames are suitable for your canvas. The internal depth of each floater frame is detailed under the moulding image or in the product description. You would need to select a frame with an internal depth which is close to the depth of your canvas. A few millimetres either way is acceptable by most customers. 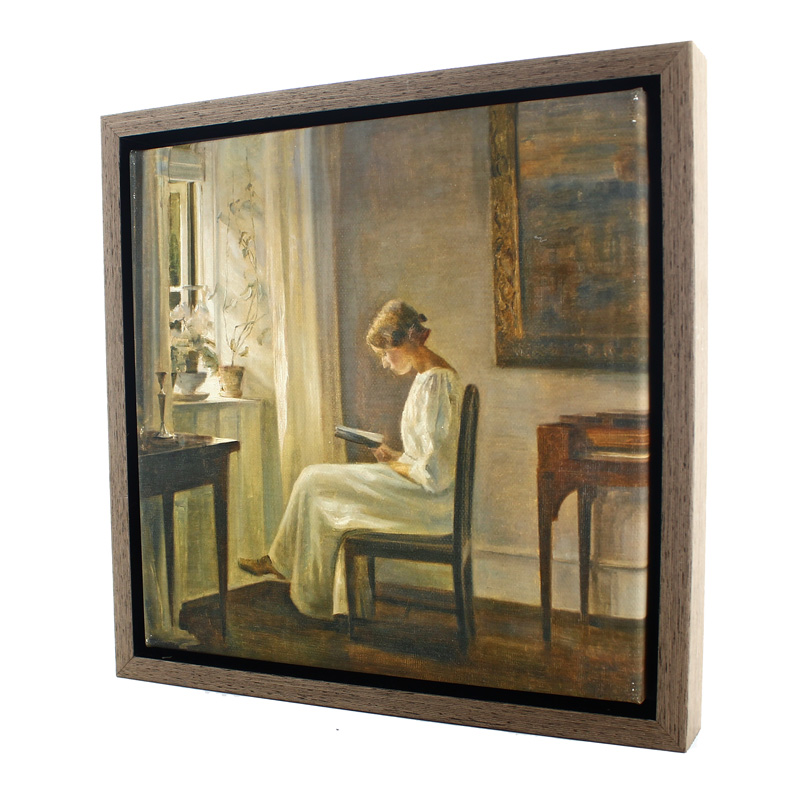 Although there are obvious differences between floater frames and traditional frames, there are actually a few similarities between them, too. Firstly, no matter which type of canvas frame you opt for, you're going to find yourself having choices to make. Both floater frames and traditional frames for canvas images come in loads of different colours, finishes, and effects ' such as black and white, vibrant pinks and oranges, and wood, gloss, and satin effects, so you can easily personalise a frame based on the artwork.

Secondly, when you shop at easyFrame, you can create your floater frame or traditional frame in whatever size you want, so it doesn't matter whether you have a small canvas or a large canvas; you'll be able to select the perfect size for your artwork. At easyFrame, we can create floater frames and traditional frames up to a whopping 1220mm x 915mm, for a frame that fits your canvas like a glove. 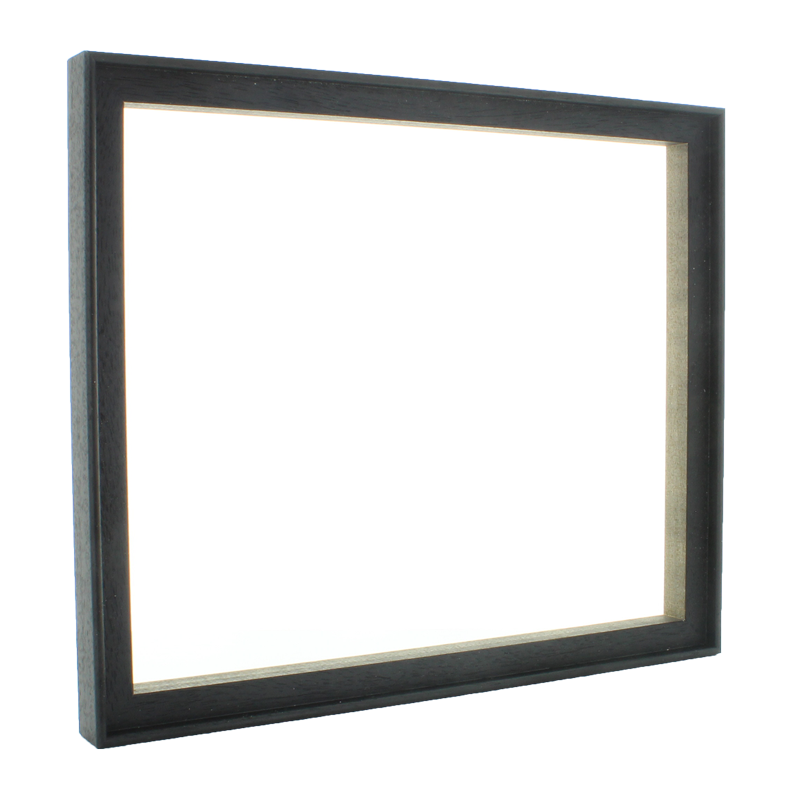 How to Frame a Canvas on Board

EasyFrame offer a small range of inset frames which are designed to frame a 3mm thick canvas board. The canvas board is loaded into the front opening of the frame, similar to how a stretched canvas is framed in a floater frame. The edges of the canvas board are fully visible as there is no rebate to overlap any of the artwork. Canvas boards are framed in Inset Frames without any additional glazing or backing.