No Point to Cubism? I Can Count Eight This article is about cubism which, in very simple terms, is a style of art in which its exponents try to simultaneously depict every possible viewpoint of the subject-matter so it looks geometrical and occasionally like cubes.

No Point to Cubism? I Can Count Eight

This article is about cubism which, in very simple terms, is a style of art in which its exponents try to simultaneously depict every possible viewpoint of the subject-matter so it looks geometrical and occasionally like cubes.

Pablo Picasso, Juan Gris and Georges Braque are credited with kicking off the Franco-Spanish movement in the early 20th century and thinking outside the box, as it were, though it has attracted many other artists since then and is still going strong. 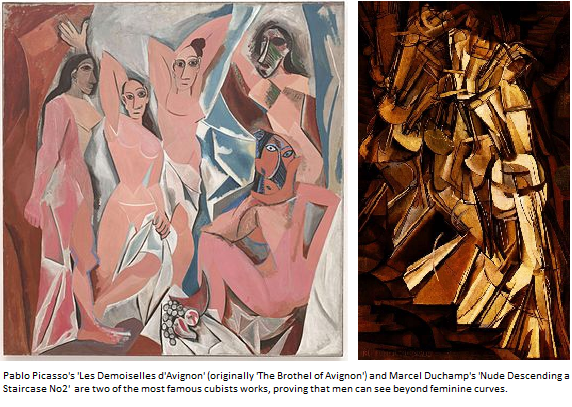 Cubism seems to be a rather odd way to render organic forms, especially when one remembers that nature abhors a straight line (William Kent the 18th century architect, landscape architect and furniture designer is credited with this observation). Yet it is certainly intriguing and cubist pieces have the ability to arrest the attention of their audiences.

That said, for anyone who cannot understand why any artist would embrace cubism here's a run-down of the eight points to it (on the basis that a cube has eight vertices; well I thought it was clever!) And I'll profile some of the pieces that you should be able to locate (after which EasyFrame would be delighted to frame them for you!)

Point 1: Cubism was Unprecedented and Heralded All Other Abstract Art

Cubism was the very first abstract art and is said to have been the final nail in the coffin for the period known as the 'Renaissance' (or 'rebirth') because it was the beginning of modern art. (Some interpretations of the Renaissance are that it spanned only the period from the 14th to the 17th century, but certainly the style of art prevailing since the 17th century was finished forever by cubism.) Cubism was 'avant-garde' (meaning experimental) in that it ignored perspective and tried to depict subject-matter from several different angles. So it basically broke the mould. Prior to that art might have been thought of as either realism (where artists seek to depict the world as they see it and gradually develop processes to facilitate that) or surrealism (which seeks to capture one's perceptions within the twilight zone between sleep and wakefulness). Surrealism was born only in 1924. Yet cubism is said to have predated that at its advent between 1907 and 1914. Thus cubism was a forerunner, in the vanguard and a revolutionary way to capture perceptions.

Point 2: Cubism Was Not Conceived in a Vacuum

It is arguable that everything springs from inspiration, that something always sets the scene for every leap forward. And that, in the case of early works such as Picasso's 'Les Demoiselles d'Avignon', the influence came in the form of primitive African tribal masks. One is bound to observe that in the 2st century we have become used to ground-breaking artists in all fields looking to more primitive cultures for inspiration. Musician Paul Simon's collaborations with the male South African choral group Ladysmith Black Mambazo is such an example. But in this Picasso perhaps showed the way!

Point 3: Cubists are Not Bound by Cubes

Cubists don't just use cubes. And they are not stuck with the rectilinear. So the movement's name is a misnomer of sorts. They push the boat out and use spheres, cones, cylinders and more. Indeed sometimes they create collages.

Cubism has had a political and social impact. A marvellous example of this is the massive 'Guernica' (at 12ft x 25ft EasyFrame would be delighted to frame a reproduction for you if you can acquire one, or indeed the original if you can get prise it out of the hands of the Museo Reina Sofia in Madrid). When Picasso painted it in 1937 (and he had been famous for 30 years already after he unveiled his cubist 'Les Demoiselles d'Avignon') it was such a startling image ('Guernica' depicts, amidst widespread destruction and carnage, a mutilated horse and screaming women) that it helped to alert a startled world to the horrors of the Spanish Civil War. Of course the bombing of Guernica was by the Germans on Hitler's orders, part of a bloodbath that killed half a million people in just three years, and was just a warm-up for World War 2. So it was a timely warning on Picasso's part. And after it many Brits actually went to Spain to help (the great writer Laurie Lee – who penned 'Cider with Rosie' and 'As I walked Out One Midsummer Morning' - was one; Ernest Hemingway went there as a reporter). 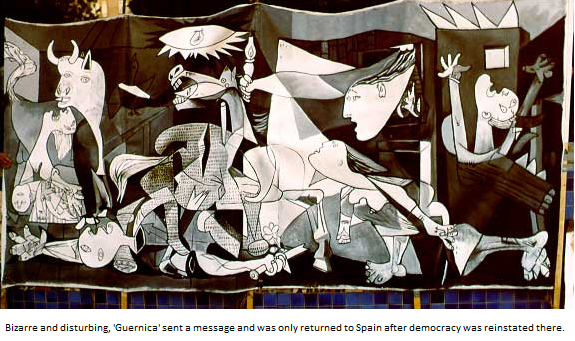 There's not just one brand of cubism. It can be divided into 'synthetic cubism' and 'analytic cubism'. Apparently the key difference between analytical and synthetic cubism is that: 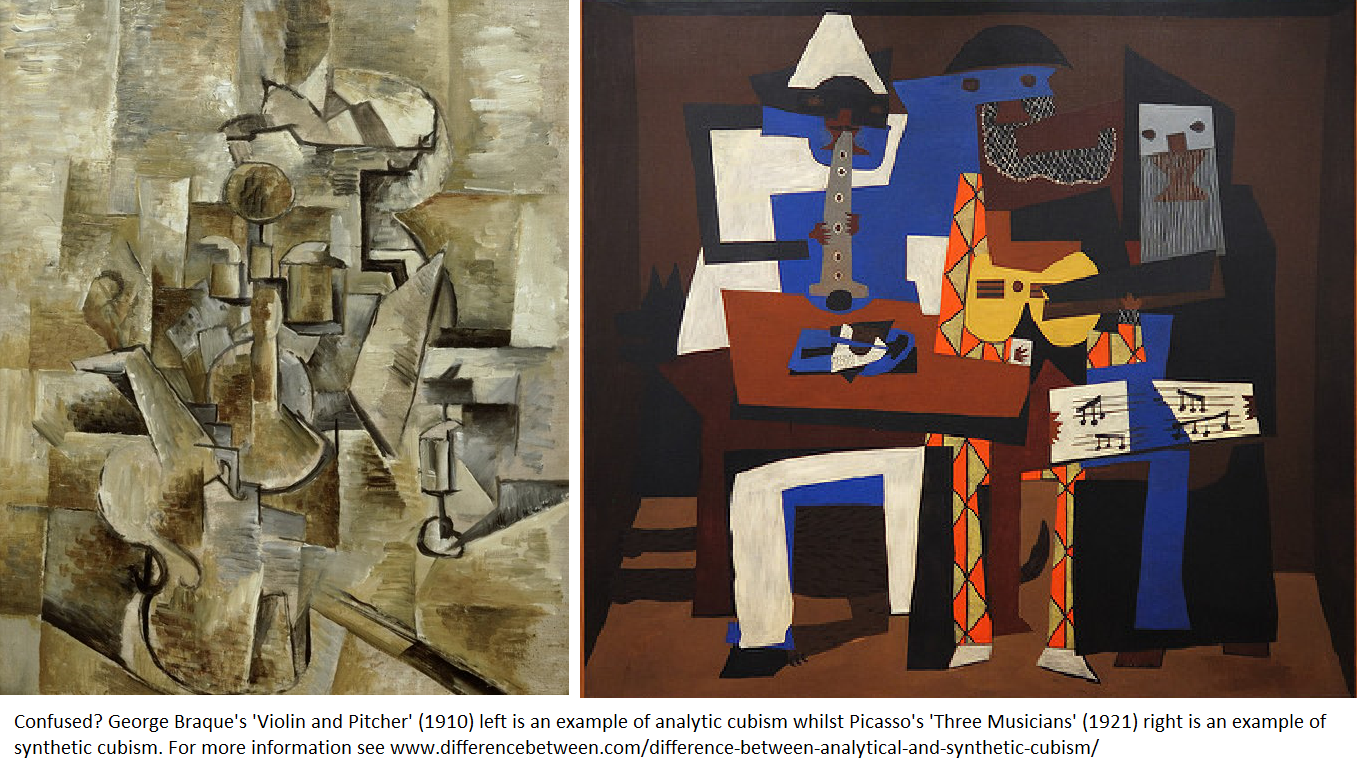 Point 6: You Are Not Alone if Cubism Confuses You

When it first appeared most people neither liked nor understood cubism. Now they like it. But they probably still don't understand it. See Point 5 above!

Point 7: Cubism is Not Limited to the Two-Dimensional

Cubism has heavily influenced modern architecture and Le Corbusier was influenced by it to the extent that it helped him to comprehend how cars would need to drive city planning.

Cubism is an acquired taste, and owes itself to the ability of Picasso, Gris and Braque to think outside the box. But you can do the same. If you like it and you want to be a bit avant-garde, if you want to hang something different on your walls, then why not look for some cubist prints and get them framed to suit your own décor or the existing frames within your home?

Cubism will endure in its popularity and ability to arrest the attention of audiences. And even a print is likely to retain its value.

If you buy cubist prints or original works then you'll need them framing. Unless you know your stuff when it comes to picture frames and mounts it's always worth going to experts. EasyFrame is an obvious and affordable supplier, whether you want to source all you'd need to do the job yourself or have its experts do it for you.